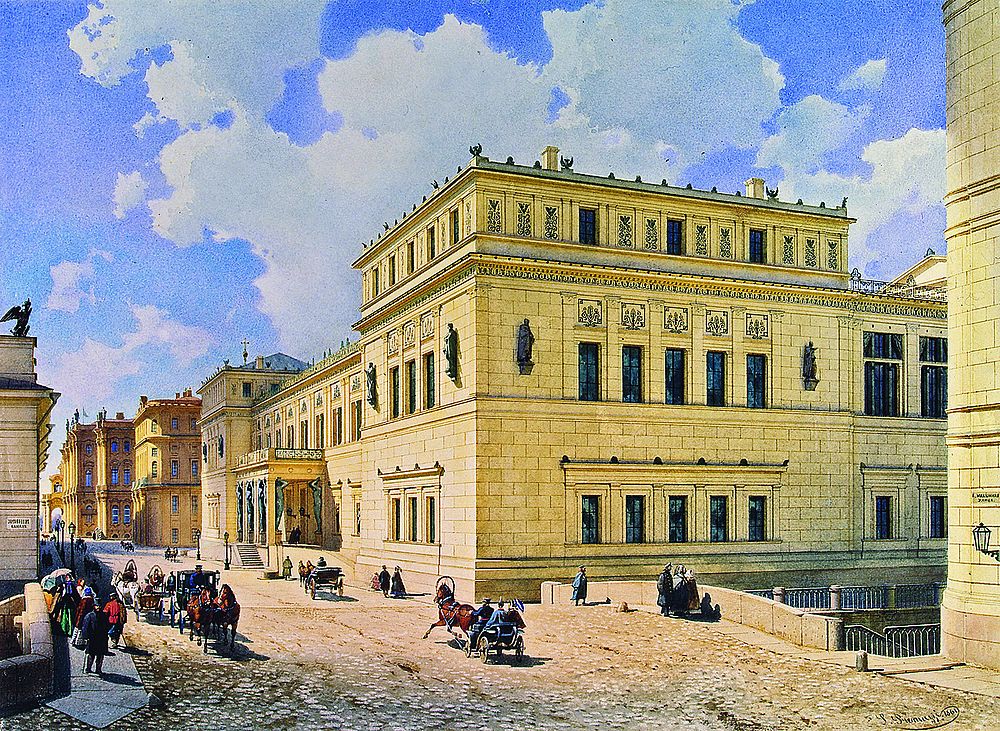 What is the Hermitage in the eyes of most people? The splendid interiors of the Winter Palace are home to a stunning collection of the world's arts gems. However, it is also a genuine encycclopedia of fascinating engineering solutions that have been applied at the building. 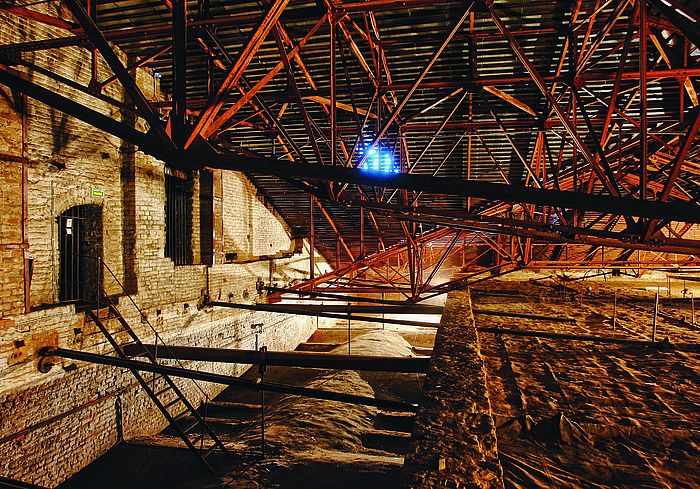 Many pages of this encyclopedia were writ- ten by the St. Petersburg and later by Leningrad Metal Plant (LMZ).

The museum’s publishing office recently issued The Attics of Hermitage within its series of books entitled The Halls and Buildings of the Hermitage. The book’s author, Sergey Matsenkov, a research associate of the Hermitage Architectural Monument History and Restoration Department agreed to guide our correspondent through the attics and demonstrate how many items manufactured at Metal Plant more than a hundred years ago are still in use today.

Court orders became a great stroke of luck for the St. Petersburg Metallichesky Zavod (Metal Plant, LMZ), a metal works that implemented a number of major projects and became a supplier to the Court of His Imperial Majesty. They opened up wide-ranging opportunities and were re- garded as something of a quality benchmark — the Emperor’s confidence was worth a great deal!

The lion’s share of the museum’s attic space is occupied by the rafter system. In the 1840s, there were fewer partitions and the premises were more spacious. The rafter system manufactured by the Aleksandrovsky Ironworks in 1838–39 suffered above some of the halls, damaged by snow and wind.

In 1887, Metal Plant, headed by the talented German engineer Otto Krel, won a large contract. The company undertook to manufacture and install new rafters and use girders to reinforce the old rafters, manufactured by the Aleksandrovsky Ironworks. The new structures weighed a total of more than nine thousand tonnes. Rails from the Putilov Factory were used to support the structures and to strengthen apertures in the walls.

“It’s interesting how old forged gird- ers were integrated with new rolled girders,” Sergey Matsenkov says. “Hundreds of screwjacks were used as linking components. Only the iron-bearing parts of the old, dismantled structures can be found on the walls in some of the attics.”

The rafters installed by workers from Metal Plant have remained in good condition. However, some minor improve- ments were introduced during the 20th century including those in the course of the res- toration following the Great Patriotic War.

As the finale to that order, Metal Plant worked on the attic above the auditorium of the Hermitage Theater; a wooden rafter system had served there until 1895 – 1898. A new system was made of rolled elements — double-T beams and angles of various types and sizes; rivets or bolts were used at the joins.

“Workmen managed to create a genuine masterpiece of engineering,” Sergey Matsenkov believes. “The upper part of the attic space is entirely filled with an airy and light rafter system – it’s like a spider’s web. Multiple strings — iron bars — run down from the system and are followed by ceiling beams that hang from them. The rafters and floor structures of the auditorium form a single system.”

The attic floors provide an unusual reflection, as if through a looking glass, of the ceilings of the palace halls. Every hall is distinctive and has its own distinctive ceiling, and the attic floor is alternately convex and concave.

“In 1886, the engineers from the St. Petersburg Metal Plant developed a very interesting and unusual solution for the Emperor,” the guide continues. “A hydraulic elevator was installed at the largest staircase of the palace — Their Majesties’ Staircase. It connected three floors and the cellar. It was proposed that the cylinder of the hydraulic system be located on top, above the cage. To this end, a high tower was erected above the staircase and was placed on huge iron beams, installed in the attic and supported on load-bearing walls. Their dimensions are arguably comparable to those of a decently sized railroad bridge!’

It was, however, a heating and ventilation system that became the most important project implemented by the St. Petersburg Metallichesky Zavod in the Winter Palace.

The heating and ventilation business had become one of the works’ focuses and appropriate diagrams and apparatus had been developed on Otto Krel’s initiative since the late 1860s. Five cast-iron furnaces, for example, were manufactured for the Our Lady of Vladimir Church and were followed by commissions for Vilnius Cathedral and the manège of the tsar’s stables.

“Efficient and convenient heating had al- ways been a problem for this enormous pal- ace building,” Sergey Matsenkov explains. “In 1895, an impelled-draft water-to-air heating and ventilation system — the most advanced of its day — was built in the northwestern risalto. It combined Ammosov’s hot-air heating concept, which had been used up to then, and hot-water radiators. All the work was done by the Metallichesky Zavod. A boiler room was built in a light well and hot water was pumped from it up to the attic, from where a piping system distributed the water to radiators across the residential premises. The residential premises were also supplied with hot air through conduits installed inside the walls. It was heated in cellars, in special brick chambers with cast-iron hot-air accordion heaters. The heaters circulated hot water supplied from the boiler room.”

Today, there is still a wooden chamber with an expansion tank of the water-to-air heating system that was developed by Metal Plant in 1905 to heat the Hermitage Theater and has remained in the attic above the theater lobby.

The attics of the Hermitage are a remark- able page – extensive and fascinating – in the history of LMZ , though veiled from the general public. Sergey Matsenkov hopes, however, that in time the museum will be able to accommodate displays and tours.

“Attic spaces are beautiful in their own way; their interiors seem to open up another dimension, adding to the existing image of the Hermitage,” he says. “Those who have already got to know this hidden side of the court’s life have come away with unforgettable impressions, having touched the past.” 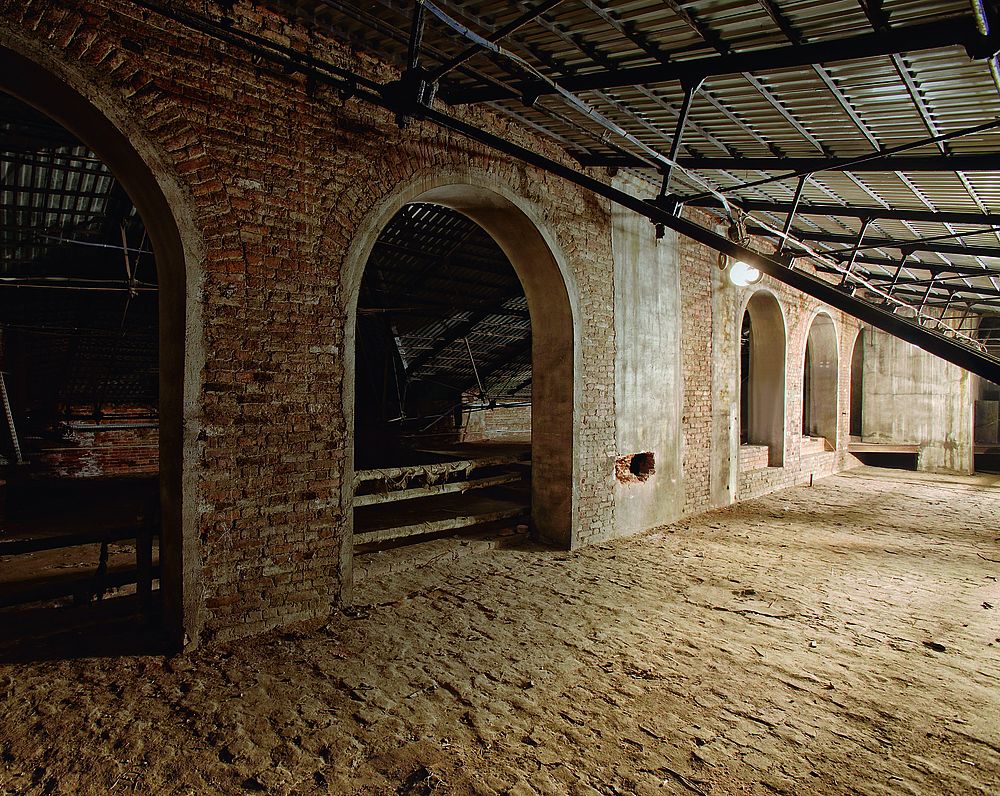 The Attics of the Hermitage

The factory’s specialists also installed a hand winch for a magnificent cutglass chandelier in the Hermitage Theater in the same period. After the fire of 1837, many chandeliers had special gates installed in the attic, but this is the only chandelier that continued to have a winch to clean and replace candles after 1837. Later, workers would use large wheeled wooden ladders to replace bulbs in other chandeliers hanging at a height of several meters. The hand winch has not been preserved — in 1989, it was replaced with an electric unit manufactured in Finland.

A 14.5-metre high flagpole is anoth- er important element. Originally it was wooden, and Metal Plant was commissioned to manufacture a metal replacement in the 1880s. The new flagpole was assembled in the attic in July of 1885; the tapered boiler-iron tubes, riveted together and thoroughly caulked, were connected in two cast- iron slabs in the vault and at the base, and also with rollers that were used to raise the Imperial Standard.

Unfortunately, corrosion destroyed the riveted joints along the length of the flagpole over the decades. In 2005, it had to be replaced with a stainless steel replica. Incidentally, there is a clock box, and high narrow stairs leading up there, next to the room where the lower part of the flagpole and its retaining structure are located. Behind the solid metal door one can hear clock- work murmur and then chime musically every thirty minutes.